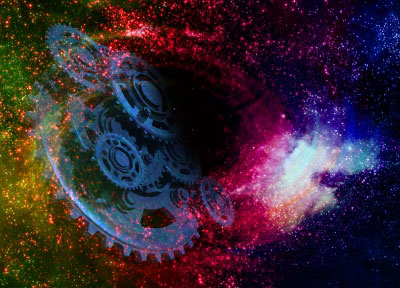 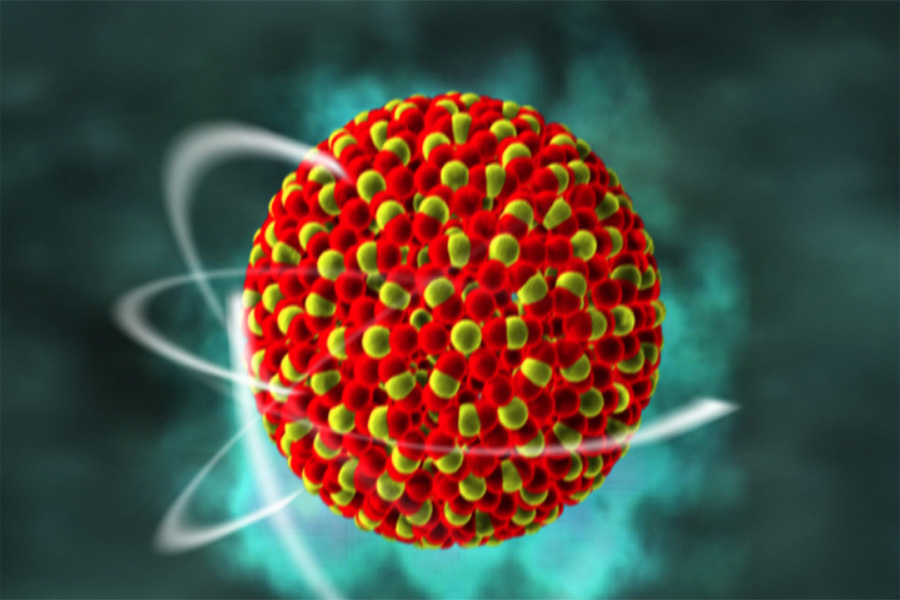 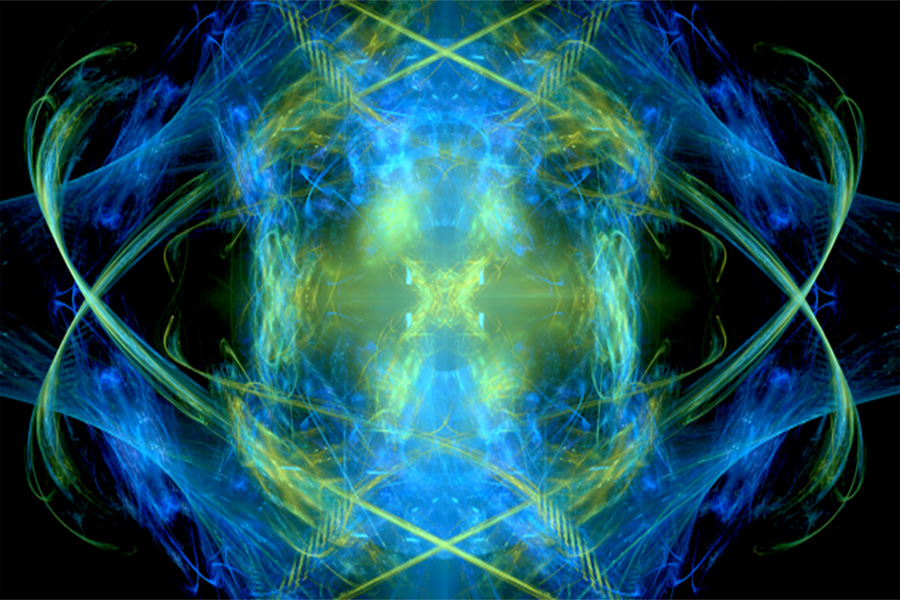 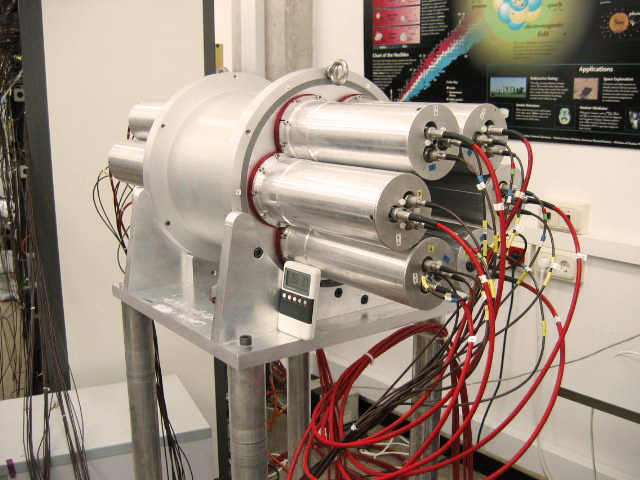 HYMNS is a project funded by the European Research Council via an ERC Consolidator Grant. At HYMNS we are developing a radically new detection concept, so-called i-TED , in order to recreate and measure in the laboratory nuclear reactions that take place inside Red Giant stars. These are nucleosynthesis reactions taking place during core He burning and shell C-burning in Massive Stars (MSs) and also in low-mass Asymptotic-Giant-Branch (AGB) stars. Understanding such reactions is important to learn about the origin of the heavy elements (>Fe) in our Universe, and to disentangle first-hand information on the physical conditions and mechanisms driving stellar evolution. In this astrophysical context, neutron-induced reactions are the main subject of interest. Because of the very weak strength of the (radiative capture) reaction channel of interest, when compared to all other reactions induced by neutrons, like elastic scattering, an aspect of pivotal importance for i-TED is its gamma-ray detection efficiency. i-TED exploits advanced gamma-ray Compton imaging techniques in order to attain a superior level of signal-to-background ratio or detection sensitivity. i-TED achieves an unparalleled detection efficiency thanks to the unique combination of largest monlithic scintillation crystals available nowadays together with innovative Machine-Learning analysis techniques. We have been the first R+D+i group able to successfully implement the PETsys electronics, originally developed for PET medical imaging, into a high-resolution Compton imager. The picture below shows the first i-TED module, consisting of five very large LaCl3(Ce) scintillation crystals optically coupled to large-area silicon photomultipliers (SiPMs). A scientific objective of HYMNS is to apply the i-TED detector, once fully developed, for the measurement of stellar neutron capture rates on radioactive isotopes of astrophysical interest, such as Selenium-79 (Se-79) to explore the thermal conditions in Massive Stars or Neobium-94 (Nb-94) to disentangle the contribution from thermally-pulsing AGB-stars and other different environments to the chemical compositon of our Galaxy. These experiments will be carried out at the CERN n_TOF facility. The schematic figure below gives you an idea about the complex accelerator-complex ;-) existing at CERN. The astrophysics experiments of the present project are carried out at the two neutron beam-lines of 20 m (EAR2) and 185 m (EAR1). The picture below shows one of the latest set-ups used at CERN n_TOF EAR1 in order to perform in-beam calibration and proof-of-concept measurements with an array of four i-TED detectors. The capture-sample is attached to the horizontal neutron beam-pipe. The latter is made from carbon fibre, in order to reduce experimental backgrounds due to neutron scattering. The two similar detectors in diagonal angle from the left are two state-of-the-art C6D6 liquid scintillation detectors, also with C-fibre housing, used as reference. All our i-TED modules are pointing to the capture-sample, two of them are set-up at 90deg, and the other two at 125deg. Notice the high-precission micro-metric positioning stage at the base of each i-TED, which enables remote control and focusing (dynamic electronic collimation technique). The black vertical boxes host the readout ASIC electronics and ancillary cooling based on Peltier modules. Development of novel detectors and techniques

Technically, HYMNS aims at the development of a new concept of detection system called i-TED (Total Energy Detector with gamma-ray imaging capability). i-TED has been designed in order to provide a superior level of sensitivity and selectivity for the measurement of neutron-capture reactions of astrophysical interest. At the HYMNS-laboratory of IFIC we carry out the design, assembly, calibration and validation of the i-TED modules. The pictures below show the evolution of this new system, from the technical design up to the full implementation stage: Design of detector encapsulation has been accomplished with the contribution of the mechanics department at IFIC. For convenience, prototype development is carried out via 3D printing using as basis material PLA (polylactic acid), a commonly used printing element. However, detailed Geant4 Monte Carlo simulations have shown that, for neutron capture experiments, aluminum represents a better choice in terms of neutron sensitivity. The production-run detectors will be encapsulated in aluminum housing, to further reduce the sensitivity to neutron-induced gamma-ray backgrounds. The pictures below show another view of one i-TED Compton module. The apertures are designed to access the SiPM photosensor rear connectors, while preventing light coming into the sensitive detector volume. Interface printed-circuit boards (PCBs) specifically designed by our team at IFIC, help to match the SiPM electrical pulses to the PETsys ASIC-based frontend readout electronics (not visible in the pictures). The rear detector is accomodated onto a linear stage, which can be remotely controlled with micro-metric precision. This allows us to implement a dynamic-collimation technique, which enables a high-level of versatility in terms of detection efficiency and image resolution. At HYMNS we strive to continuously upgrade and integrate both hardware and software in order to cope with the highest requierements in terms of counting rates, resolution and overall detector performance. Machine-Learning and Artificial Intelligence are one of our main working tools for pushing further the performance of our developments, and their applicability to different experimental conditions and environments. The figures below show one example of artificial intelligence (Autoencoders) applied to the spatial detector response to recover missing pixels due to dead-time effects or other possible experimental issues: We integrate and develop the up-to-date Machine Learning and Artificial intelligence techniques to tackle different problems as it is displayed in the following figure: We have included the use of boosted decision trees and artificial neural networks for supervised task as background discrimination, position reconstruction in LaCl3 crystals, correction of position reconstruction distortions and detection of suitable detected events for Compton imaging. In addition to that, we have investigated also specific neural network architectures such as Autoencoders, GANs for unsupervised task as anomaly detection.

The detector i-TED that we have developed in the framework of the ERC project represents one of the most advanced -portable- gamma-ray imaging spectrometers available today. We are exploring its applicability in many different fields, such as energy & climate, and more recently also in health applications. An upgraded i-TED imager, supplemented with some innovative features, allows one to simultaneously detect both high-energy gamma-rays and also thermal neutrons. In this video we explain why and how these developments can help society towards a cleaner environment and also contribute in the field of hadron-therapy cancer treatments.
Recently, we have successfully tested the applicability of our system for ion-range monitoring in different European hadron therapy centers. The picture below shows some of the first proof-of-concept tests carried out with two i-TED detectors at the National Accelerators Center (CNA) in Sevilla. Some publications related to this work and contributions to conferences are already available (see public documents section). After a very successful implementation at the low beam-energy of the CNA cyclotron, we carried out a more realistic experiment at the CPO Hadron Therapy Center of Orsay, France. A picture of the set-up with a large water phantome can be seen in the picture below. The results obtained are very encouraging, we are presently working on the data analysis and dissemination of the latter experiments.

Visit us! We show our laboratory regularly to high-school and undergraduate students and explain the research and developments carried out in the framework of this project. These pictures were taken before the pandemic. We hope to see you soon again!